By Jason Thing
In Latest News
59
0 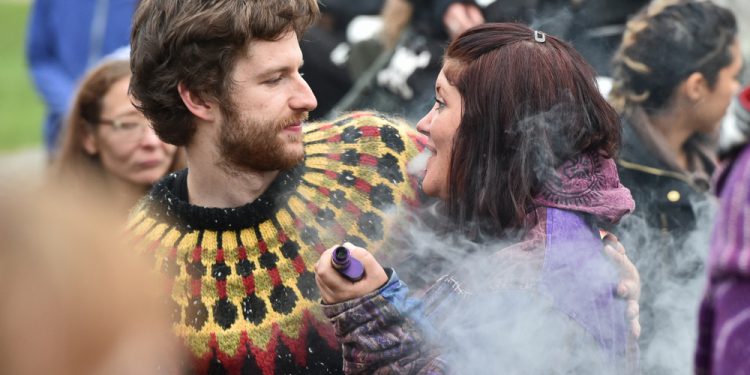 A change of perceptions might attribute to this rise, as many surveys have found most people in the UK are aware vaping is a better and healthier alternative to smoking traditional cigarettes. Thanks to the acceptance and support shown by health organisations in the UK, it has helped appeased many concerns regarding the safety and effectiveness of vaping. Even the Public Health of England released statements saying that vaping should be promoted and used more widely as an alternative to smoking.

However, despite research by the ASH showing that many people understand vaping is a safer alternative, approximately 24% of smokers still believes that vaping is worst for your health. This incorrect belief is also followed by almost 1 in every four members of the public. A better way to help smokers would be to list electronic cigarettes as a prescription device and increase accessibility and convenience.

The rules around vaping should be relaxed, as discussed by MPs in a recent report. Their use in public places should be taken into consideration as one of the ways to encourage people is to make a transition. I believe most of us, vapers, are currently following the rules of smoking, vaping only in areas or places which allows smoking. Making further changes will be a big win for the vaping industry, as this will help to save millions of lives around the world.

Despite all this research, there is still widespread belief that vaping is bad. This is worrying, as these views prove that misinformation and manipulated campaigns are still being carried out, either online or physically. People tend to believe information that they get off the internet, and will pose as a challenge to contest these views. The director of policies at the British Lung Foundation (BLF), Alison Cook, had also stated that it is very encouraging to see smokers use electronic cigarettes to help them quit.

She also said that doctors, pharmacists, and stop smoking clinics should all be clear on the fact that vaping is one of the main products available which can help people stop smoking. If these doctors and pharmacists are really committed to getting people off the cancer sticks, then they should all be stocking up on vaping products and liquids. This will provide smokers with a better alternative instead of pushing traditional “quit-smoking” products such as nicotine gum or nicotine patches, which we all know rarely works.

Another plus point for vaping is that it is cheap in comparison to other products, whereby a single pack of nicotine gum costs more than a packet of cigarettes. In conclusion, we as vapers can only hope that more countries will become as aware as the UK, and that more smokers will opt to change to an electronic cigarette and possibly save their own lives.