By Dan Richards
In All About Vaping
513
0 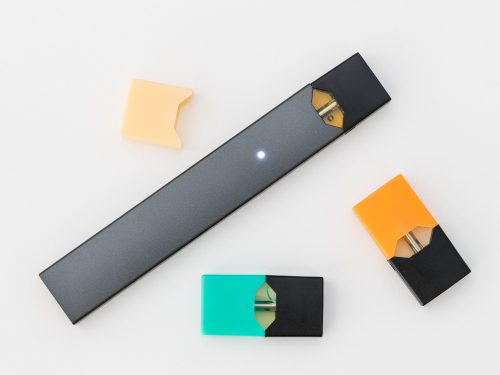 I’ve recently bought myself a JUUL and a Myblu. Both of them are pod devices, which I’ve heard are more similar to cigarettes and a better replacement for them. The JUUL has better reviews but the Myblu is significantly cheaper, so I thought I’d buy both of them and see which I preferred. Sounds great, right?

Except… once I’d bought them, I saw the cost of the new pods. Both of these brands only allow refilling with their own-brand pods, which are not cheap.

For Myblu, 2 Gold Leaf pods, each containing only 1.5ml of liquid costs $8.99. JUUL is even worse, with 4 Virginia Tobacco pods, with only 0.7ml of liquid, costing $15.99. Depending on where you live, this could work out to be even more expensive than buying cigarettes. There are some other companies who sell pods that are usable in JUULs but they’re not much cheaper.

So I started looking around online to see if I could find any cheaper options. I noticed a trend on YouTube and various other sites of people claiming they were able to refill Myblu and JUUL pods.

What is a pod?

From what I can see, it is possible to refill pods, but not without some issues. The coils in pods aren’t designed to last forever. That said, they’re certainly able to last for longer than the single pod they’re in. Over time, the coil will lose its ability to produce heat and will also become gunked up with old liquid. That’s not to say that it doesn’t work, just that one pod should never be filled more than 2 or 3 times, maximum.

There are some other downsides that people report as well. The worst being: spit back (hot liquid spitting into your mouth), dry hits (puff which produce no vapour), and the liquid spilling out of the pod and into the device (or your pocket). None of these is going to do you serious damage, but they’re irritating. Another major downside is that you can’t refill with a different flavour without it tasting terrible.

So is it worth it?

That depends. If you’re a very heavy smoker, you may find yourself going through multiple pods a day, which is going to end up costing you a significant amount of money. In this case, it’s probably worth giving it a go. It’s a relatively simple process but you do risk damaging your device if there’s significant leakage.

There are a couple of other possible solutions. The JustFog MiniFit has refillable pods. They hold 1.5ml of liquid and can be refilled up to 5 times.

If you want to stick with a JUUL or Myblu, there are companies that sell compatible pods for cheaper prices. Google compatible pods and have a look at what you can find.