By Jason Thing
In All About Vaping
1.8k
0 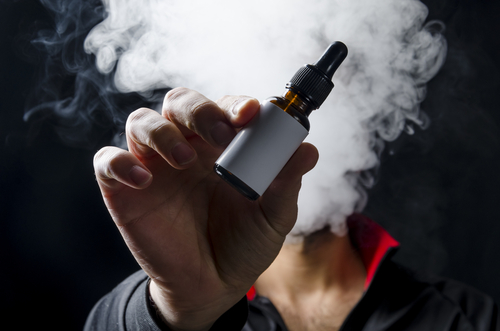 Being an avid vaper myself, I have always thought my juices can last for up to two years until I did some research myself. As for how quick you deplete your juices, obviously, that is dependant on how much you have and what kind of vaper you are.

How long your tank lasts also depends on how you vape, and the nicotine level you are vaping. A higher level of nicotine will generally provide a better kick, using less power to satisfy your nicotine cravings. Nicotine also determines what level you will be vaping at and how you will be vaping. You wouldn’t want to be sub-ohming or blasting 150 watts with an 18mg juice. It also works the other way around, whereby you wouldn’t want to be vaping 3 mg juices with a pod device.

In general, a bottle of 30-60ml liquid usually lasts around a week for those with an intermediate sub-ohm kit. This is because sub-ohming uses more power, thus you will be burning juice at a quicker pace and also gives you more clouds. For flavor chasers or mouth-to-lung kits, you will probably have a longer juice life. This is, however, very subjective as everyone vapes different. Some chain vapers have even been known to burn through up to a 70ml worth of liquid in a single day.

Like everything else on this earth, there’s an expiry date for e-liquids as well. VG generally has a shelf life of up to 6 years, however, PG only lasts for about 2 years. E-liquid flavors tend to drop significantly after about a year or so. This, however, does not mean that it can’t be vape, the flavor and quality are just off, similar to eating biscuits or dry food after the best before dates. Nicotine also affects the shelf life, as liquids with no nicotine tend to last longer compared to liquids with nicotine. Over time, nicotine will lose its potency and you will notice the drop in the quality.

How to Determine Expired E-Liquids?

First of all, check for any discoloration. Although nicotine will usually discolor your liquid after a week or so, a significant discoloration can be seen in liquids which have been left for a long time. This comes in the form of a very dark brown color or any other colors which may seem abnormal. Of course, the smell is another thing. If your liquid is starting to smell weird and off, chuck it and get yourself new liquids!

There is no known evidence saying that vaping e-liquids after their best before date is dangerous or harmful. You will, however, experience a very significant drop in the potency and flavor of it. The color will also look nasty if it has been sitting around for a while. If you are experiencing these with your e-liquid, it’s probably best to throw it away, as you do not want to risk getting sick from old e-liquid.