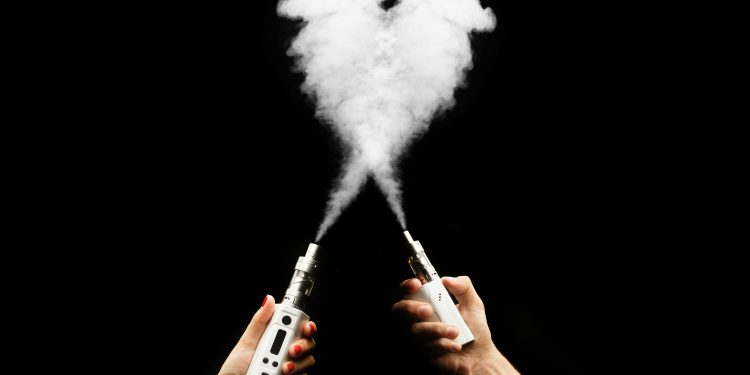 Depending on the sources, you can either think that vaping is as harmful as smoking cigarettes, or that it is totally harmless, none of which is completely true. Analyzing the risk of vaping, one tends to look at it in comparison with smoking rather than individually and rightly so, since most vapers pick up the activity to quit smoking. However, unsupervised and extreme vaping can have potential risk involved, but is it really as bad as projected?

Excessive smoking can lead to lung cancer and to various terminal lung conditions, such as emphysema and chronic obstructive pulmonary disease (COPD). The vicious attack of more than 70 carcinogens, numerous other chemicals and bits of burned tobacco can have adverse and irreversible damage on the lungs leading to reduced function and increased mucus accumulation.

E-cigarette vapor is not harmful like that; the only substance common in cigarettes and vapes is nicotine, which causes addiction but afflicts no other physical damage. Some say that excessive vaping, however, can be connected to conditions like popcorn lungs, although there have been no cases where the disease is diagnosed due to vaping.

Vaping is not really harmful to your cells as smoking.

Smoking disrupts the cardiovascular system in general. The accumulation of plaque in arteries can cause atherosclerosis which can cause heart attacks and strokes. The incessant intake of Carbon monoxide forces the heart to beat faster and organs can be damaged by poor circulation of oxygen. It also increases the likeliness of blood clotting, substantially increasing the risk of cardiovascular incident.

Vaping, however, does no such permanent damage to the system; apart from the temporary nicotine ‘buzz’, it is very unlikely to cause any such damage as smoking. Moreover, since studies have shown that nicotine takes no part in the development of cancer, vaping is essentially harmless to the cardiovascular system.

The general idea is that nicotine by itself is at best mildly addictive but is one of the major causes of wanting to smoke. Vaping, being almost harmless, is one of the best substitutes to smoking, by providing the body with sufficient amounts of nicotine and not disrupting other functions. However, it is not an absolutely healthy activity, so it would be ill-advised for non-smokers to start vaping.