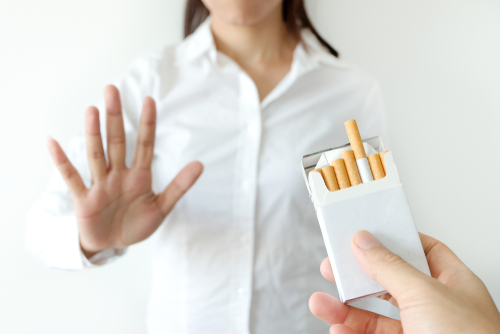 Smoking has currently hit an all-time low mark in the U.S. It has constantly been declining ever since electronic cigarettes came up. Last year, a 3 percent drop can be seen from 17 percent to 14 percent amongst all adults. A general declining pattern can be seen, and it is continuing, says K. Michel Cummings from the tobacco research program. Everything is pointing in the right direction, including a significant drop in the sales of cigarettes and other indicators.

New figures released on Tuesday meant that there are still approximately 30 million adult smokers. However, with the vaping industry at an all-time high, even teenagers and most youths are shunning cigarettes. Previously, many youths and high schoolers felt that it was cool to smoke, however, survey results from last week revealed that smoking amongst teens are down to 9 percent, the lowest point it has ever been.
In the early 1960s, almost 45 percent of adults in the US were smokers. It was so common in all public places, offices, restaurants, and even hospitals. Today’s decline, however, can be attributed to not just vaping, but also rising tax on cigarettes, are a better understanding that smoking causes diseases and cancer. Many anti-smoking campaigns also play a part in this, with most of them advocating for vaping.

The rise of electronic cigarettes and its popularity has possibly played the biggest role in this. It provides a safer and healthier alternative for smokers, while at the same time gives the kick and throat hit as well. Experts, however, are worried that this may be a gateway for a different kind of addiction, albeit less harmful. Although no official information could be recorded for the number of vapers, the 2016 figures put it at about 3 percent of adults. Vaping is also considered more popular and common amongst the younger generation, rather than the older smokers.

With most teens and youth preference of electronic cigarettes over conventional ones, the numbers have dropped significantly. Is this good news though? Electronic cigarettes can be deemed as the lesser evil of the two, although the long-term effects of using it have not been studied.

Cigarettes, however, are already well-known cancer-causers. With many smokers starting their smoking journey in their teens, this may be a good sign that change is coming up. What we do hope to see in the future is that most countries have regulations and guidelines for vaping and will legalize it everywhere.

Countries such as Thailand, Singapore, and Hong Kong have banned vaping indefinitely without even conducting any research or studies and ignored all international evidence that it is safer than smoking. We do hope that in the future, these countries will relax the laws on vaping and provide smokers with a healthier alternative. Vapers can help contribute to this cause by spreading awareness and knowledge regarding the benefits of vaping compared to smoking.