Make the math, take your decision, save your life, and start vaping 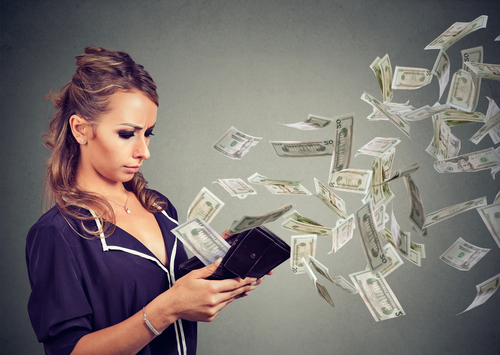 Smoking is an expensive habit. I’m sure you’ve seen those graphics of how many Ferrari’s you could have bought if you hadn’t smoked for 20 years. So now, you’re thinking of quitting cigarettes and want to use a vape to help you get there. Unfortunately, you’ll have to put the Ferrari’s on hold for a while. Vaping isn’t free. Very few good things in life are. These are the main expenses you’ll be faced with and how they compare to cigarettes.

This is the big one. Buying the device is the biggest expense you’ll come across when getting started, but it doesn’t have to break the bank. You can get a very basic e-cig for around E£180, although this is likely to be poor quality, and, as the old saying goes buy cheap, buy twice. It is worth getting a better quality device, and you should probably be looking at around E£750 for a decent one that’s going to last you a while. The prices do vary though, of course. If you’re looking to replace smoking hookah (shisha) and want a more powerful box mod style machine, you could be looking at double that price. As with most things, finding the best deal is going to require some searching. Find the model that you want and then check online and in person. Often, online may seem the best deal but then the postage will mean it would be cheaper to buy in person. Shop around, and remember it’s worth spending a bit of extra money on a good machine to save you from having to replace it in the future. We will also help you to know the differences between the different devices, and take the best decision.

So you’ve spent E£750 on a device. You usually spend E£250 on cigarettes in a week, so in three weeks you should have broken even, right? Not quite. You’ve got the biggest expense out of the way, but you still have to buy the liquid to fill it with. Buying a bottle of e-liquid is more expensive than a packet of cigarettes, but it will last considerably longer. If you smoke a mouth-to-lung (MTL) device, you’re looking at around E£250 for a 60mL bottle of liquid. If you smoke a direct-to-lung (DL) device, it’s closer to E£200 for 60mL.

But what does this mean and is it cheaper than smoking? Well, that depends on how much you smoke and how much you vape. An average person using vaping as a method of smoking cessation will find that they get through around 3mL of e-liquid a day. That amounts to 21mL a week, which means that E£250 bottle will last around three weeks (the cost will be around E£83 a week). If you were smoking a pack of cigarettes a day, (assuming a pack is around E£40) that would equal E£280 a week. Obviously, these numbers vary depending on your own habits.

As you can see, buying e-liquid is considerably cheaper than buying cigarettes. Sure, there’s the large expense at the beginning, but it’s a worthwhile investment for the amount of money you’ll save later on.

Aside from having more money, you’ll notice that you also have more energy and are better able to breathe. So, all round, vaping is the better option not only to your health, but also your pocket.