By Jason Thing
In All About Vaping
375
0 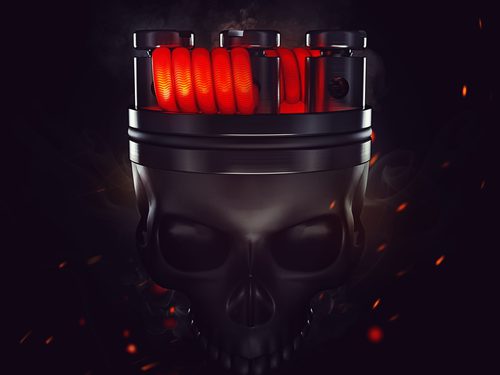 The news of metal emissions in vaping has been around for quite some time now. When vaping was becoming more and more popular, there were several studies claiming that toxic levels of heavy metals were produced in the vapor from electronic cigarettes. These studies were published and shared heavily on social media and other media outlets. They have gotten so bad that quite a number of vapers actually reverted back to smoking, and even as an avid vaper myself, I was at one point feeling skeptical about vaping. This is because the studies did seem legitimate, and we are after all heating up pieces of cotton inside a metallic coil.

Different researchers such as Johns Hopkins Bloomberg School had published these studies and claims that high concentrations of heavy metals such as nickel, chromium, and steel will cause a wide range of health problems such as brain damage, cancer, and cardiovascular diseases. The only problem, however, is that these studies are very misleading, as they do not connect with vaping in any way.

We all know how big scary headlines are able to easily mislead the general public, which is what these studies have done. Of course, this is not to infer that electronic cigarettes are entirely risk-free, but the impact is lower than what is publicized.

Just recently, however, Dr. Konstanttinos Farsalinos and Brad Rodu have conducted an expert study which debunks all of the other junk studies about metals in electronic cigarettes. This is great news, as this study is un-bias and will be beneficial for the vaping industry.

In this study, it researched on the actual levels of metal emissions produced from the vapors. A risk assessment analysis was used in the published findings to determine the actual daily exposure limits. Without going too much into details about the study, the overall conclusion from it was that although the vapors from electronic cigarettes do indeed contain very minimal amounts of metal, they were very low in level and do not pose a threat whatsoever. This is because for the vapors to produce a toxic level of metals, it would require a minimum combustion of approximately 100mls a day. It would require unrealistically high levels of liquids being combusted for the metal emissions to reach the toxic limits.

With this published study, vapers all around the world can rest assured that their vaping devices are not the cancer-causing monstrosity as made out by these media outlets. Remember that many of these so-called studies and researches are mostly bias and conducted by unethical medical practitioners who are not putting the health of smokers as their general public. Many people seem to condemn smokers for smoking, and blame them for their bad health decisions, but if it is really that easy to quit cigarettes, no one would be smoking. At least in this point, we are able to pick the lesser evil which is vaping, and will indirectly be saving millions of lives every year.

For more myths about vaping, go to: Top 20 Myths About Vaping.