The best part of an e-cigarette is that it is NOT A CIGARETTE. 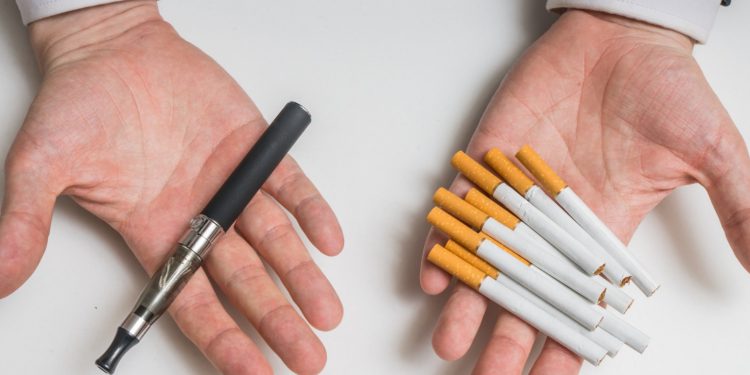 E-cigs and Vapes are everywhere, they have flooded our planet. There could be a dearth of tortillas, fin-whales and spaceships, but there is no limit to this billion dollar industry.

Vapes come in different shapes and sizes. They come in a plethora of flavors. They might taste like bubble gums, or feel like apple cider vinegar, marshmallows, and even watermelons! There’s regular nicotine tobacco flavor, and then there are rare exotic fruit flavors. The list is endless.

What is the best thing about an E-cigarette? The best part of an e-cigarette is that it is NOT A CIGARETTE.

So why do people smoke e-cigarettes?

First things first. Vaping is not Smoking! Regardless of what your gym-bros and conservative uncles tell you, it isn’t smoke! Period

Vaping is not an addiction. Whether you are a vocalist looking to hit those high notes or a marathon runner who aims to run longer, whether you are housewife looking to de-stress yourself or a troubled teen looking for oral fixation, vaping is your best pal.

Who is the godfather of Vapes and E-Cigs?

Mr Hon Lick, desperate to kick his chain-smoking habit in the butt, came up with the idea in 2003. His father’s untimely demise due to lung cancer turned his life. Mr Lick, a Chinese pharmacist and a hardcore smoker himself went on to develop the first-ever e-cigarette called the Ruyan, instantly sparking an international revolution amongst tobacco aficionados.

The vaping industry is already up against tobacco giants. Vapes are considered safer than cigarettes. Unlike traditional cigarettes, there is no tar, carbon monoxide, or residue from vapes. Whether you roll your joint or smoke brands, horrible cigarettes will lead you to death. There is no way out.

If you are a two-packs a day cigarette veteran and have kept up the record for decades, then your lungs resemble a coal mine. The damage is irreversible. Let’s accept that. But vaping veterans who have been vaping for ten years are yet to see any long-term ill effects.

Your voice starts getting better

An E-Cigarette is both hot and cool. With small start-ups taking on tobacco giants, uber cool late night talk shows and getting the pop culture seal of approval.

Let’s break free from the addiction. Smokers today have an option to escape the deathbeds. It is like stating the obvious, but vaping increases your lifespan.

A Mass movement is brewing. Millions have already made the lifesaving switch. Tobacco giants in the yesterdays have misled and conned people into being cigarette addicts.

Four ingredients in an e-cigarette VS 100s of deadly chemicals in traditional cigarettes, you have a choice to make. Well, not only a choice but a battery and a tank. Let the atomiser do the magic.

We can’t ask our family members to quit smoking or die? Can we?

Vape companies are not selling mere incessant smoke machines; they are selling hope. A hope that smokers could break from the tobacco death trap.