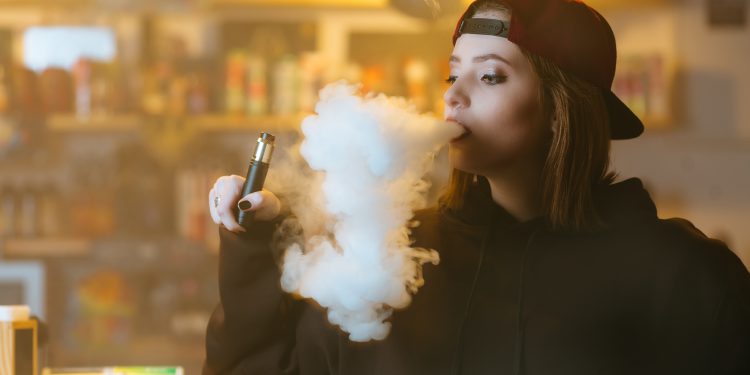 When I first started vaping, I noticed the benefits almost immediately. I found that I could go farther and faster on my morning runs. It was great. But then I started to worry. I noticed that my vape was always at hand and that I was using it more often than I used to when I smoked. A cigarette is easy. It’s a certain length, and takes about five minutes to smoke, a vape doesn’t have that. If you wanted to, you could vape continuously throughout the day. I started to wonder if I had actually increased the amount of nicotine I was putting into my body. Sure, I was getting less of the other chemicals found in cigarettes — carbon monoxide، tar, and ammonia, for example — but getting more nicotine can’t be good, right?

With this in mind, I tried to work out the answer to the question I was asking myself:

How many puffs on a vape are equal to a cigarette?

I found this is an incredibly difficult question to answer and it varies significantly, based on a lot of factors. Some things you need to consider are:

What type of cigarettes are you used to smoking?

Most cigarettes lie somewhere in the range of 8- 20mg of nicotine, per cigarette. The average amount of nicotine in a cigarette is around 12mg. Now, just because there’s 12mg of nicotine in your cigarette, that doesn’t mean that your body is absorbing 12mg. All kinds of things can affect how much of that your body absorbs, for example, your mood. If you’re stressed, you’re likely to smoke faster and take deeper drags. That means you’ll absorb more nicotine. A very loose average would be, for a 12mg cigarette, you’re likely to absorb around 1mg. So if the cigarettes you smoke are stronger or lighter, your body will be used to absorbing more or less, respectively.

What liquid are you using?

Vape liquids vary in the amount of nicotine they contain. They usually come in strengths of 0mg, 6mg, 12mg, 18mg and 24mg, although some brands go even higher. This shows how many milligrams of nicotine are in every milliliter of liquid. When I first started vaping, I found I was getting through between 2 or 3ml of liquid a day. I was using 18mg liquid, which means I was getting between 36 and 54mg of nicotine, a day. Of course, only around 30% of that nicotine is absorbed, so 54mg is equal to around 16 average cigarettes.

So what does all of this mean?

Well, as you can see, there are so many variables that it really is practically impossible to answer how many puffs on a vape are equal to one cigarette. I found that as I got more used to my vape and it became less of a novelty, I stopped chain-vaping and settled into a more normal routine.

The best advice that I can give to a beginner, is to buy a few small bottles of different strength liquids and see what works for you. If you find that you’re getting headaches or feeling nauseous, that’s a definite sign that you’re getting too much nicotine and you should try switching to a weaker liquid. If you find that you’re not satisfied, and are vaping too often, go up a strength, and it should mean you can go longer between vapes. Vaping is such a personal thing that the best advice, really, is to just experiment and see what works for you.