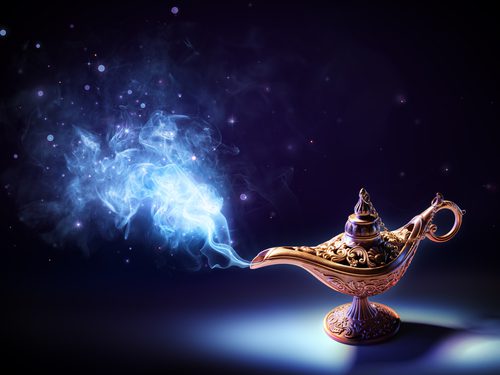 Vapes and e-cigarettes have become a common tool in the fight against smoking, as it aims to comfort the progression from traditional smoking to not smoking at all. But, as expected, many anti-vaping mass campaigns have been triggered against vaping for obvious reasons, but all their claims came to be not true, and personally I call them the vaping myths.

Following are 20 myths that have reported to have been circulating among the common people:

In the past, some e-liquids have been reported to contain a minimal quantity of Di-Acetyl, which if exposed to the body in alarming quantities can result in the severe lung disease called “Bronchiolitis Obliterans” or the “Popcorn Lung“. Although, exposure of it in negligible quantity such as in that of an e-liquid, it is fairly harmless. It should be noted that Di-Acetyl, is still been banned from being included as an ingredient in these flavors.

A common perception is that e-cigarettes and other vaping products are not regulated. It can pose a much bigger threat if not overseen by a regulating body, and, hence, can in fact be particularly harmful.

In truth, all vaping products and e-liquids are under the strict Tobacco and Related Products Regulation in many countries. And yes it is not regulated in many other countries, including our country, but competition and users are the ones who are taking control, until the government save us and regulate it.

A frequently-heard lore about vaping is that the e-liquids being used for vaping are very dangerous to your health. In truth, however, all four ingredients that make up a standard e-liquid pose no threat to human body. One of the four ingredients is nicotine, which can be excluded from your selection, since it is optional.

Poses a Threat of Cancer:

Even e-cigarettes that have nicotine pose no threat in the addition of cancer-inducing cells, since nicotine takes no part in its development in the human body. Its common perception that nicotine introduces cancer in the body, however the worst it can do is add addiction. And all medical reports confirmed that nicotine does not cause cancer.

Nothing is called passive vaping. This is really funny. The vapor when exhaled essentially turns into aerosol and cannot affect by-standers, adversely or otherwise. If vaping is safe for vapers, it is definitely safe for others.

Another false perception of vaping is that they act as a gateway for teens to get involved in tobacco use. Surveys have shown that although young people who are uninvolved in smoking activities altogether, experiment with e-cigarettes, but regular use is very rare.

Aids tobacco industry in their running:

E-cigarettes acting as a cog for the tobacco industry to keep on going can be nothing more than a fallacy, because since its inception and subsequent popularity, the proportion of smokers have only decreased.

E-liquids have found to contain propylene glycol in its contents, which is one of the contents making up an anti-freeze solution. However, this in no way indicates its containment of anti-freeze.

A botched study by scientists through the simulation of vaping at highly elevated temperatures and it was concluded that the exposure to formaldehyde resulted in a dry hit. Nonetheless, no vaper can bear using vapes with such high temperature.

It is perceived that vaping causes the same harm to your body as smoking, when there have been detailed studies showing that they neither elevate heart rate nor hinders with the diastolic function, two of the major health effects that smoking has on the body. And vaping has none of those 4,000+ chemicals you find in a cigarette.

Due to the containment of nicotine in an e-liquid and its ability to produce of more smoke, they are rumored to be more addictive than cigarettes. The truth is not in accordance with it since the delivery of nicotine on such a substantially low level does not cause much addiction, nowhere close to that of smoking.

Due to past events of vapes and e-cigarettes exploding, they have been really frowned upon. In truth, these explosions are very similar to mobile phone explosions in unstable cellphones (such as the early models of Xiaomi, or the Samsung Note 8) and were all reported to be somehow the manufacturers’ defect.

Neither marketed towards non-smokers, nor affecting them much, e-cigarettes pose no grave threat to non-smokers and certainly has no effect on their right to not smoke.

This is an utter false propaganda, since the primary purpose of their existence is to prevent smoking. They have proved to be so effective that NCBI suggested it to be one of the basic tobacco harm reduction methods.

It is assumed that vaping increases the probability of catching pneumonia, which can be negated using further studies that suggests vaping does not put people at risk for this disease.

Cutting Back is Not Helpful:

Though this is not directly related to vaping, it does portray a negative image of it, since they help in cutting back on cigarettes. People have been found to gain back most of their health if they start cutting back and can lead to possible extermination of all health issues related to smoking.

There has been no evidence of vaping being a cause of staining teeth.

Extensive use can give you a minor nicotine “buzz” but cannot possibly get you high.

Vaping dessert e-liquid is presumed to be a heavy dosage of sugar intake, which actually contains around a mere 4 calories per gram.

The constant intake of what appears to be a liquid can be mistakenly thought of resulting to water-bloating the lungs. Vape e-liquid in actuality enters lungs as a gas and not the liquid we can see. And you can read this article for more information: E-Cigarette – Won’t The Vapor Condensate in Lungs?

Vaping is not harmful at all like cigarettes, however, the mass campaigns against smoking has produced hatefulness towards all kinds of it, resulting in adverse publicity of vaping. And in some other cases the tobacco giants, themselves, are funding such information and campaigns to save their businesses, and keep the huge income and profitability from their dirty business as much as possible.

Can Vaping Cause Popcorn Lungs?