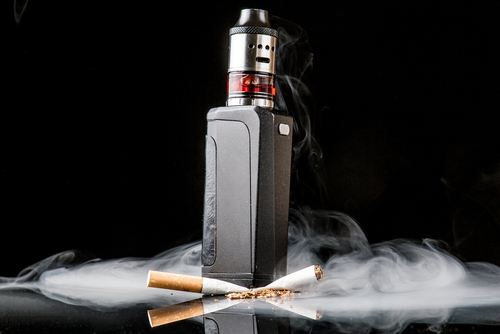 A very controversial topic, some people might have read that it is as harmless as breathing air, while others think it might be as bad as cigarettes and causes cancer, and created a long list of 20 myths about vaping. None of these is true of course, and the truth lies somewhere in between. What we are going to compare vaping with is of course cigarettes, which almost all vapers did before using electronic cigarettes.

Is Vaping Bad for Your Lung?

Compared to conventional cigarettes, vaping is overall a much safer and healthier alternative. Long-term inhalation of tobacco and tar leads to all kinds of cancer, as we already know. The main cause of all these diseases and cancers from cigarettes is not from the tobacco leaves itself, but rather the addition of chemicals and the burning process of it.

Electronic cigarettes do not burn but rather heat up vegetable glycerine (VG), similar to what humidifiers do. As there is no burning process nor any extra chemicals in most vape juices, there is very little harm. If vaping is harmful to your lungs, every most humidifier will be harmful as well. 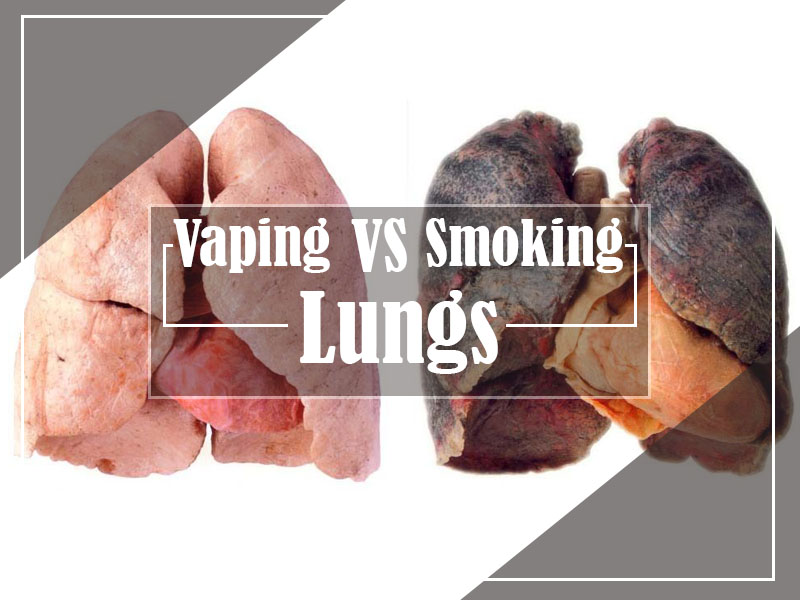 Well, What About Popcorn Lung?!

Most vapers I believe, have heard of the term popcorn lung before and we wrote an article about it: Can Vapes Cause Popcorn Lungs?. Popcorn lungs occur when chemicals such as diacetyl are inhaled in massive quantities. This is just another one of those horror stories you read online, as not a single vaper has been diagnosed with popcorn lung before. The whole term itself came around when some workers in flavoring factories inhaled a large amount of these substances in powder form, thus giving birth to popcorn lung. Those “creamy” flavored juices you use will never contain enough diacetyl to cause popcorn lung, even if you are chuffing down a 100ml a day.

What About Nicotine? Is it Dangerous?

Nicotine causes a temporary increase in the heart rate, which may be dangerous for those with serious heart diseases. Nicotine, however, poses no identifiable risk when it is not combusted. Nicotine itself is not harmful, unlike the fake stories which many media outlets have been promoting. It is similar to saying that pure alcohol is lethal, and we should ban it. Well no one is drinking 100% pure alcohol, and neither is anyone vaping 100% pure nicotine, so why the dramas? Vape liquids all contain a very tiny amount of nicotine, and the only dangers from it are you might get an overdose from chain vaping.

So does caffeine and sodium, but no one is complaining about that? Like the thousands of other consumables out there, they all tend to contain some kind of chemicals or ingredients which makes it more appealing and addictive. Nicotine in e-juices is at best mildly addictive, as the amount used is very little. There is no reason to say that vape juices are more addictive than nicotine patches or nicotine gum.

But What About All Those Horror Stories I Read?

Well, rest assured, as most of these are propaganda pushed by the high-powered enemies of the vaping industry. The tobacco giants are powerful and have their claws entrenched deep in many other industries including the medical community, government, and media outlets. They infect these aspects on a daily basis and push doctors to make bias researches and studies, while on the other side, the media outlets then publish them. Many pieces of research which put vaping in a bad light tend to have sources who want vaping to be in a bad light.

Of course, we do hear about the occasional exploding e-cigarette and such, but there is no reason to say it is bad, harmful, or dangerous. So just sit back and relax, vaping is still the best and safest alternative for cigarettes!