The Vape Market After 5 Years

It will hopefully, prevail as vaping is the only healthier solution for smoking. 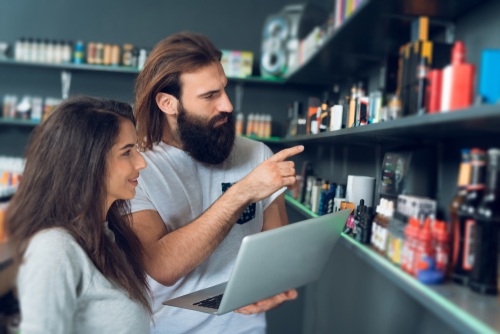 P&S Intelligence is a market research company who specializes in providing market research and different consulting services to rising industries. It has recently produced a report on the state of the global vaping market.

According to the press release from P&S Intelligence, the vape market is set to reach an approximate of 45 billion dollars by 2023 globally.

In the report, it states that the growth of the vaping market will definitely be led by factors such as the increase of health concerns amongst smokers, and also the rise of demand for smokeless and ash-less vaping. The increase in the number of vape stores, both physical and online, will also grow the market.

Out of all the devices in the vaping industry, P&S has stated that the regulated and mech mod sector, will be the fastest growing sections whereby they had previously experienced a compound annual growth rate of 22 percent. Although these type of mods might be available in supermarkets, online, and other places, it seems that the brick and mortar vape shops were the ones who produced the highest revenue during 2017. This can possibly be attributed to the massive numbers of physical vape stores in countries such as the United States, the United Kingdom, and China.

P&S is optimistic that China will be the one driving the value of global sales for electronic cigarettes over the next five years. This comes as no surprise, as most manufacturers are in China, as they are one of the only countries to be able to mass produce these products with little effort.

The report is also very positive about the health benefits of vaping as compared to smoking and is supporting the notion that it will help smokers to kick the habit. This method of reducing harm will definitely be the winner of the next years. Despite the attacks and constant demonizing that the vaping industry is subjected to (we have previously discussed: The 20 myths about vaping), we have all heard the saying that the truth always prevails, and eventually, it will be the only effective alternative for conventional cigarettes.

The UK market has changed drastically over the past few years as well. A research was conducted to determine the potential effects of electronic cigarettes and health inequalities. It states that during the period of 2014 – 2016, electronic cigarettes were used by those with middle to higher socioeconomic groups, while the poorer ones were still on conventional cigarettes. In 2017 however, this gap was no longer evident, and vaping increased in all classes of smokers. This is good to know, as smoking fuels the health inequalities between the rich and poor, and with the growth of the vaping market, even those with a lower income will be able to vape as well.

The global vaping market is currently coming to a slowdown, as all markets do. This may be because several countries have recently imposed wide-scale bans and crackdowns on the vaping industry, causing the growth to slow. It will hopefully, prevail as vaping is the only healthier solution for smoking.