By Jason Thing
In Latest News
50
0 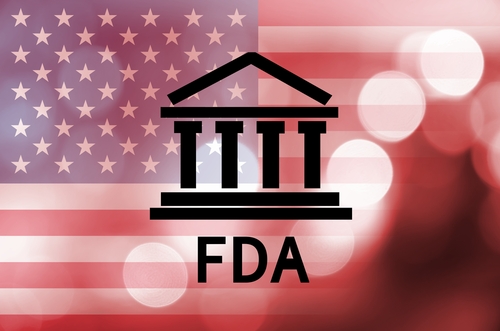 The FDA has recently begun using a major provision of the “Deeming Rule” to crackdown on vaping companies and their products. The Deeming Rule provides the FDA with the power to prohibit products from entering the market without any prior review by them. Despite being formed in 2016, no products have been submitted for review yet, and many vaporizers entered the marketplace without any consequences.

As a result, the agency has sent several letters to 21 vape companies, importers, and sellers, asking them to provide evidence that their products were on the market before the 2016 deadline. Many of the products which were named in the letters did not meet that deadline. Longtime vapers will know that vape juices change quicker than smartphones, and it is very rare to find a vape liquid which lasts for more than two or three years. Products being sold on the market after 2016 makes it a violation of the federal FDCA (Federal Drug & Cosmetic Act). Even large, well-known companies such as Juul, Mi-Pod, Zi-Pod were also hit with the letters.

Many of the devices in the list are pods and vaporizing products, which have already been subjected to a barrage of attacks from the Campaign for Tobacco-Free Kids and other control groups. A massive campaign of misinformation has been coordinated by multiple groups of anti-vaping activists, as they all seem to believe that pod vapes are all attempts to copy JUUL devices. They also spread incorrect information stating that vaping is a conspiracy to attract teenagers into using nicotine, which we as vapers know is untrue.

Many observers are under the impression that the restrictions will cover fruity, dessert, and candy flavours. This literally covers almost all types of vaping liquid other than tobacco flavours. This would be ridiculous to enforce, as it practically restricts all vaping liquids, and only allow tobacco flavoured liquids. Scott Gottlieb, the commissioner for the FDA, had previously announced that they would be postponing the deadlines until 2020. However, he then threatened to go back on that decision and pull all products off the market immediately unless the vaping companies submit their PMTAs’.

Gottlieb had also made suggestions that online sales of vaping products and liquids may be banned. It is common knowledge among vapers that most minors with vaping devices get them online, as there is nothing to stop a teenager from making an online purchase. Not only that, also we recommend that vaping companies who are looking at entering the market follow all processes and legalities to avoid any problems. One example is that several of the companies who were hit with the warning letters all had products which were purchased by minors.

We, however, urge all vapers to not go into panic mode yet, as we believe that the FDA is merely in the process of developing and implementing rules the help regulate vaping liquids. This may indirectly lead to the full legalization of vaping, whereas currently, the vaping industry is merely following existing rules and laws made for tobacco products. This may be good news for the vaping industry in other countries.

Once the FDA has developed a set of rules and regulations, it may be used as a guideline in other countries such as Singapore and Hong Kong. Having a set of rules and guidelines to follow may help, and the vaping ban in these countries could be overturned now that there are regulations for it. And we hope that the rest of the world to follow the same steps, and help the millions of vapers to vape safely.