Another great choice if you want to quit cigarettes

The MYLE Pod System is a pod vape device from MYLE  Vapor. It has a sleek design, which comes in black or silver as basic colors, in addition to other colors in limited editions like blue, red, pink, rose gold and grey. Its pods use nicotine salts which give a stronger, more cigarette-like buzz. 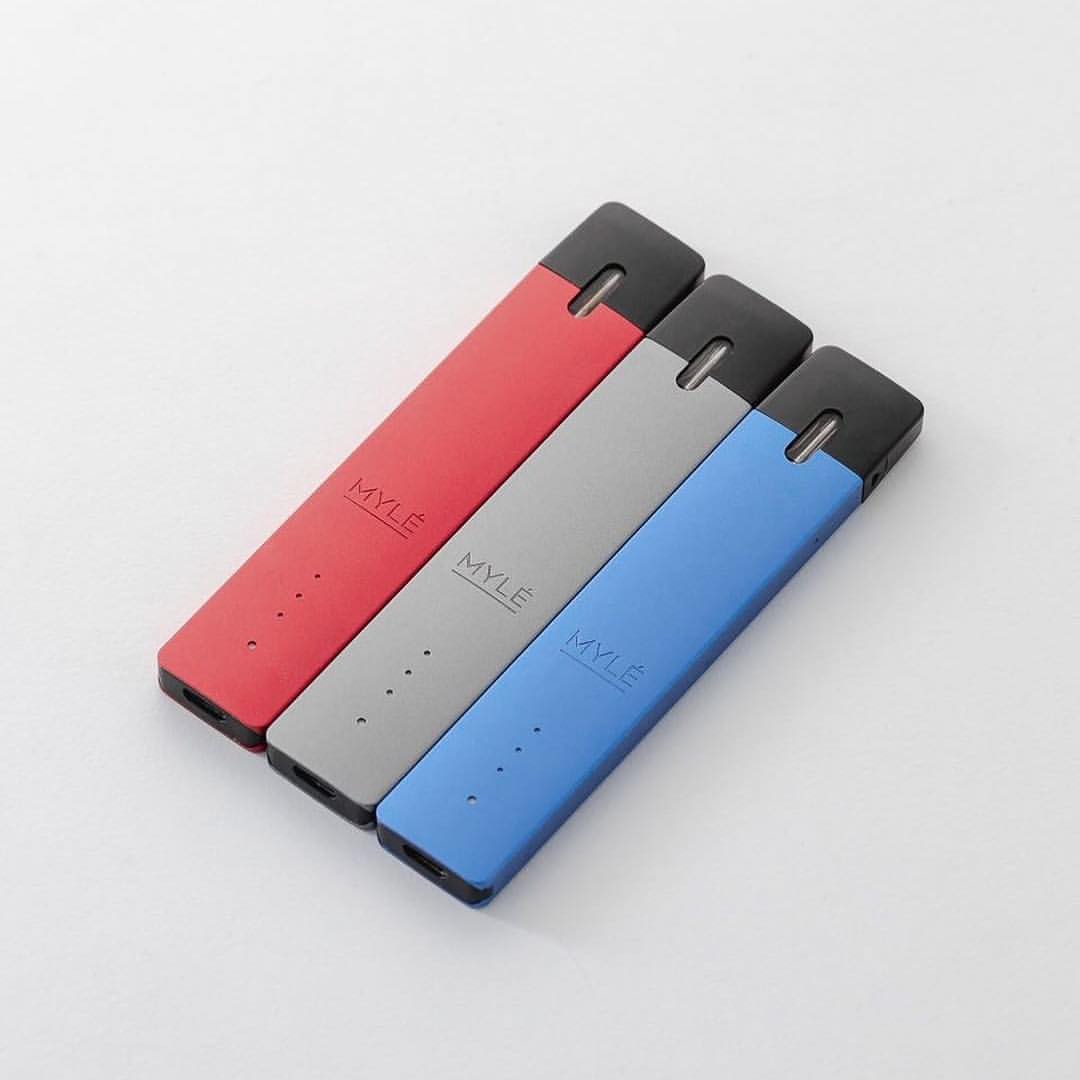 The MYLE pod basic kit comes with the following (note: pods are not included, but the starter kit has 4 pods inside): 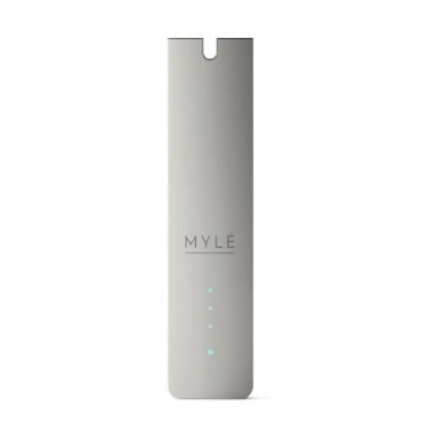 The MYLE is designed in Italy, which is cool to say but ultimately irrelevant. It’s a nice little vape, I like it. It’s a little bigger than a JUUL but it still manages to be quite sleek and not chunky. I’m a fan of understated colors and so I like the black and silver designs. Other people may find the lack of variety a little boring, so MYLE introduced more colors.

The pods fit in using a pressure system, much like the JUUL. They clip down tightly and, unlike the JUUL, they don’t start to loosen after you’ve checked them a few a times. 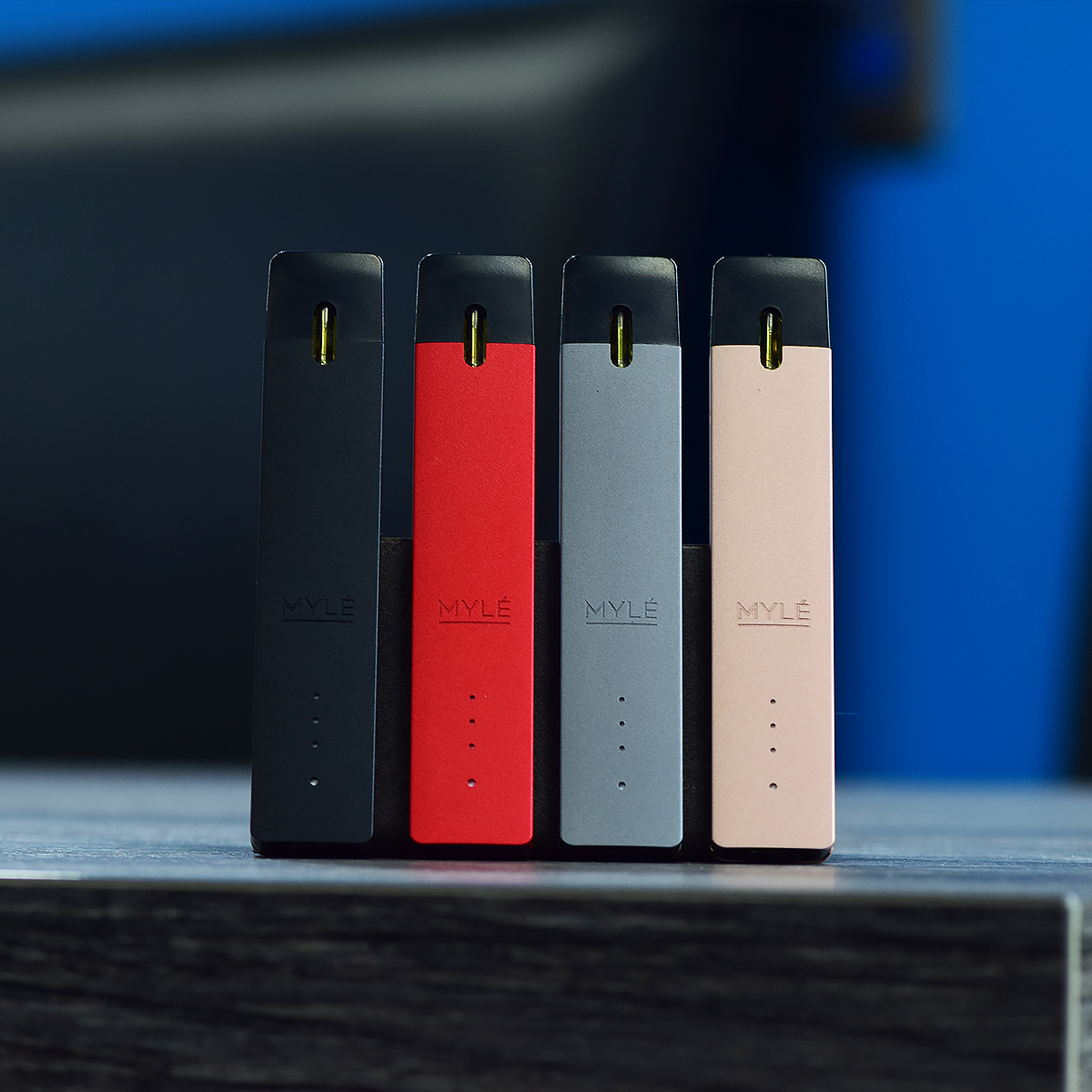 The MYLE comes in at 3-3/16″ x 11/16″ x 1/4″ with no pod loaded. The addition of the pod doesn’t add much. It weighs enough that you can feel its quality. It’s not like a disposable e-cig that weighs so little you could easily lose it. The MYLE fits nicely in the palm of your hand, or you can hold it between your fingers like a cigarette. 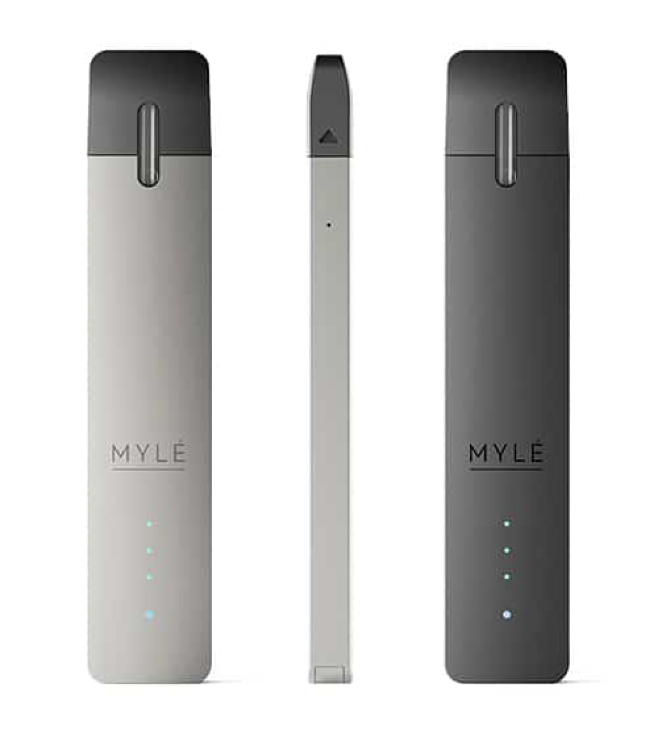 The MYLE has 240 mA battery in the body of the device. This is 40 mA more than the JUUL. The battery life is actually good and could probably go for two days without being recharged. A row of LED lights let you know when it needs to be charged and when it’s fully charged.

The old MYLE had a magnetic charging system which plugs straight into a USB port, but currently, MYLE introduced a new pod with a normal USB charging slot, which is also a great modification.

In the beginning, MYLE was offering flavor pods contain 0.9ml of NicSalt e-liquid only. That’s more than a JUUL but less than other devices. I found that the pods empty too quickly and are expensive to replace. That said, they don’t leak like MyBlu and some other pods that I’ve tried. The flavors are pretty good, depending on what you want. The tobacco flavor tastes nothing like tobacco, but it won’t ruin a coffee like some of the sweeter flavors.MYLE say that their pods each contain roughly 240 puffs, but it does seem like less.

A great progress happened is that MYLE now offers refillable pods, so now it is more convenient and cheaper to get the MYLE empty pods and refill it according to your preference and choice. The only problem is that refilling the pod is not easy. 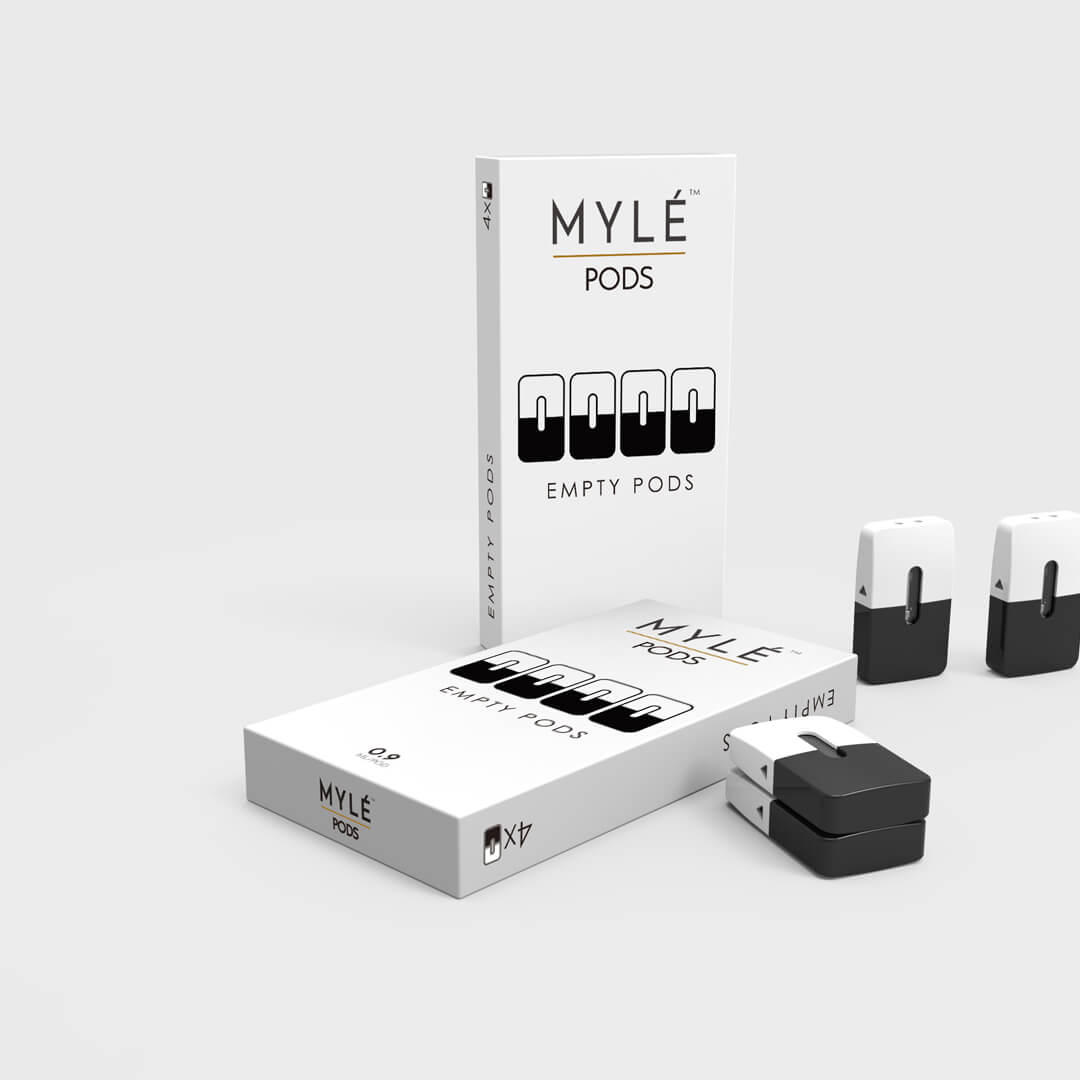 I’m not quite sure what kind of coil the pods have in them but fuck it, they work well.

The airflow system in the MYLE is good. There’s a very satisfying throat hit which is really good if you’re a former cigarette smoker.

Simple. So simple. You remove the rubber protector from the top of the device, push the pod in and take a drag. No buttons, no fuss. When the LEDs tell you it needs charging, simply plug in the charger to a USB port. A baby could use… although it’s not recommended.

Fine. No heat detected anywhere it shouldn’t be.

Minimal because no more is necessary. There are lights that tell you when to charge and when to stop charging. It also has some kind of anti-leakage technology, which works.

Meh. The basic kit is more expensive than I’d like it to be and the pods are a total rip-off. Same as any other pod system. But now it is turning out to be cheaper after introducing the empty refillable pods. I hope JUUL will do the same.

Note: This a non-sponsored review, and it is my own personal opinion and experience with the MYLE Pod System.

If you’re into pod systems, the MYLE is certainly one of the best. It’s sleek, discreet and the flavors are powerful. I like MYLE more the JUUL because it offers empty refillable pods. And it is a great choice if you want to quit cigarettes.