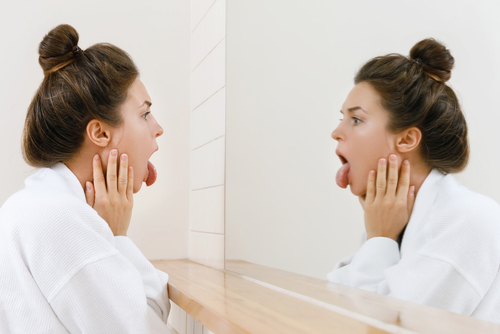 With the substantial increase in the number of vapers and people making a switch from traditional cigarette smoking to vaping with hopes of either cutting back on the number of daily smokes or quitting smoking altogether, previously unknown threats attached to the act have sprouted up and though they are not fatal health issues, they still are problems to be tackled.

Among the few side-effects of vaping, which too go away with time, is vaper’s tongue. As a result of constant and persistent vaping, the person vaping can experience the feel of a coating on his/her tongue which is reducing one’s sense of taste and making him/her unable to easily differentiate among various flavors.

This weird sensation is developed gradually in the vaper and can be felt within a couple of days. Though the causes to these can be many, such as general loss of body water or illness, however, many vapers across the globe have reported to have experienced this onset and can largely be linked to vaping.

The causes due to vaping include the vaping of similar flavor or dirty atomizer contacts among a few others. Vaper’s Tongue or Vaper’s Fatigues, is fairly common among vapers throughout the globe and can last up to 1-3 days, the duration exceeding or receding this fairly uncommon.

Though the numerous taste buds covering our tongue are mostly responsible for the registration of flavors, in the case of vaper’s tongue, the actual felon is the nose and the sense of smell.

Constant and persistent vaping results in the steady shutting down of body’s sense of smell and the subsequent reduction of flavor registration, a process that commonly goes unnoticed when unfolding and can be normally felt when it has settled down.

Vaper’s Tongue can be either you losing taste of something you liked before or the dampening of taste of food in general. Some causes of this onset are:

How do you get rid of Vaper’s Tongue?

This condition or onset is fairly temporary and even in the worst cause of it (i.e. burning up of taste buds) it will go away automatically within a week or two. However, vapers, especially newbies, look into solving it immediately and effectively. Cures, no matter how effective, are neither permanent nor immediate, so these are basically remedies to make your situation better.