By Jason Thing
In Latest News
75
0 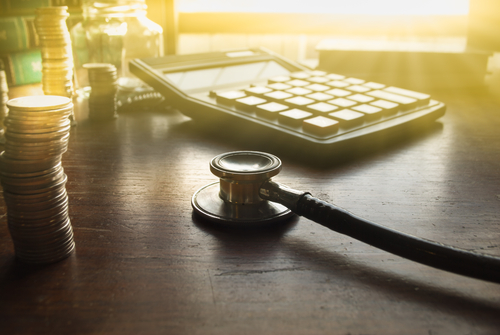 Ever since vaping came into this world, insurance companies have always charged vapers the same insurance rates as smokers. If you are paying for your health insurance, then you will know that it is unfair as you have begun to quit smoking cigarettes, yet still, get charged the same rates as if you are still a smoker. Insurance companies have always tested people for the presence of nicotine, and do not differentiate between vaping and smoking. The difference in cost for insurance coverage is massive, and it is not fair considering vaping is a healthier and safer alternative to smoking.

One company in England however, is starting to change their coverage rates between vapers and smokers. As more and more research regarding the benefits of vaping start to come out, insurance companies are starting to turn in favour of vaping. The UK is one of the leading countries to be pro-vape, constantly updating their stances on vaping and to spreading the knowledge and truth about its benefits. As such, insurance companies in the UK seems to be in acceptance that vaping is healthier than smoking.

Most vapers are unaware about their insurance costs, and did not realize that transitioning to vaping could help them save thousands of dollars. It is uncommon to see vapers paying a smoker’s insurance rates. For example, a 200,000$ life insurance plan will cost a vaper 40$ a month, the same rates as a smoker, while non-smokers only pay 20$ a month. This is double the rate and is unfair.

Vapers in the UK however, can now find insurance policies that comes at a fair price, options which reflects the steps they have taken in harm reduction. A good way to check it out is to use Future Proof, a website which can help vapers compare insurance plans directly.

In 2015, the Public Health of England officially released a report which finds vaping to be almost 95% safer than traditional cigarettes. This has led to many other studies and researches which provides more supporting evidence. In the University of Louisville, a team of researchers had made a comparison between all nicotine replacement therapies which included nicotine gums, patches, and even certain types of prescription drugs. Out of all these, vaporizers proved to be the only one with a high success rate of helping people quit smoking in the long term.

It is very important that other countries should follow the steps of the UK in helping to promote a healthier and safer alternative. High insurance costs are a form of discrimination against vapers and are still happening in almost all other countries. It is important that as a community, vapers should stand up for their rights and let their voices be heard.

Not only that, but vapers, in general, should also try to avoid giving vaping a bad reputation, such as blowing huge clouds in public, or vaping in places where you should not be smoking. Always remember to spread the truth about vaping, and hopefully, the smoking epidemic will once and for all end.