By Jason Thing
In All About Vaping
875
0 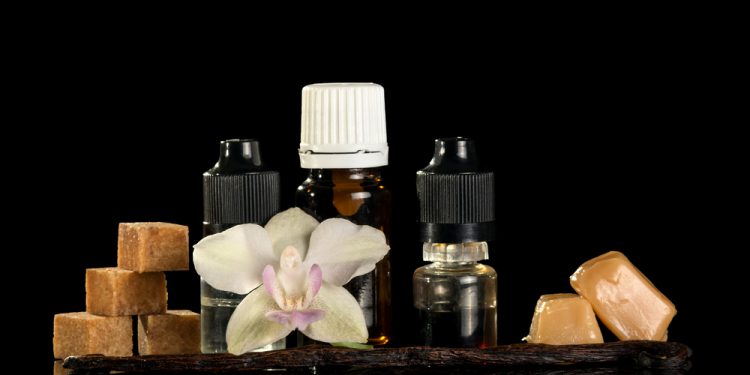 In today’s topic, we will be discussing sweet vape e-liquids and the effect they have on diabetes. As we all know, most vape liquids are quite sweet. Despite having only three ingredients in most vape liquids, people are unsure how the sweetness comes about.

Diabetes occurs when a hormone called insulin is lacking in the human body. The insulin is responsible for helping us to consume sugars in all forms. There are a few known causes of diabetes, bad diet, obesity, tobacco, and such.

To clear things up first, there is little to no sugar used in most vape e-liquids. These liquids, however, still contain nicotine and may pose a threat to people with different types of diabetes. A study conducted by the American Chemical Society in 2011 reveals that smoking is one of the main causes of increased blood sugar levels in smokers. This is dangerous as they may end up with life-threatening complications.

The researches which we have so far, a conclusion can be done whereby smokers with diabetes who transition to vaping will definitely help their blood sugar level. There are several reasons for this. Although nicotine will increase the risk of fatty acids depositing, a traditional cigarette contains a higher nicotine percent compared to vaping. Vaping can help to lessen diabetes symptoms and the development of a lower nicotine intake. A research, however, found out that VG will metabolize into sugars, and this may pose a threat to some people with a Type 2 diabetes. VG itself is quite sweet on its own with no additional flavorings. Again, this cannot be used to conclude that vaping is harmful to diabetics, as the results so far are anecdotes, and everyone’s body simply responds differently. But in general each gram of e-liquid contains around 4 calories, so you can do the math.

Vaping is not and will never be directly connected to diabetes, despite all the sweet flavors that it comes in. These sweet flavors are made using ethyl and other different types of ingredients, but none that will pose a threat for diabetics. There is, however, a chance that vaping will cause some complications to someone with diabetes, but this is extremely scarce. If you are a smoker, then rest assure that changing to vaping will definitely be a healthier and better option for you, diabetes or not. We do have vapers reporting that vaping unintentionally helps them to reduce their intake of sweet foods such as cakes, desserts, and such. If you are a vaper yourself, then you will probably understand what this means. Just place a chocolate cake in front of you, and then vape a chocolate flavored liquid. A few puffs and you will most probably no longer crave for that chocolate cake.

Again, this is anecdotes, and you may still eat that chocolate cake!

A side note is that as vape liquids taste so much better than cigarettes, some people may tend to chain-vape, or vape for long periods without realizing it. This is not recommended, as nicotine itself is a poison and will be harmful to your body.