One of the worst pods you can buy, and a waste of money!

The Vladdin Starter Kit is a pod system vape, introduced by Vladdin Vapor Inc. It is designed to be a sleek and discrete vaping device for beginners who are willing to replace cigarettes. It comes with refillable pods, 350MAH battery capacity, a 12-watt max output, and 3.5v output voltage. It has a patented ceramic coil, comes with 1.2ohm – 1.5ohm atomizer range. 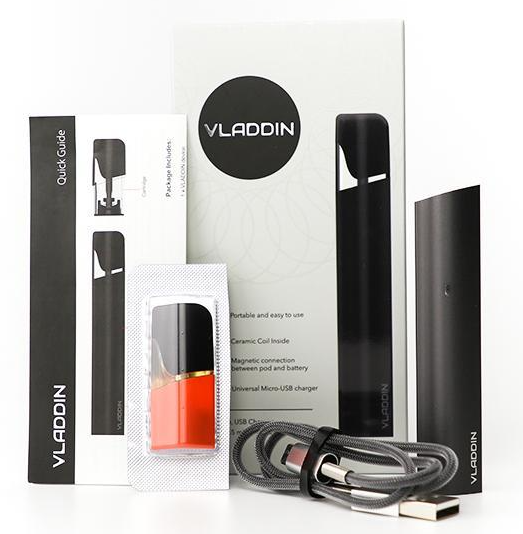 The only good thing about the Vladdin Starter kit is the design and the materials. I like this design. It’s small enough to take anywhere, easily. My problem with some of the other pod devices is that they can be too small. It takes me a few minutes to locate one in my pocket. The Vladdin is big enough that this isn’t an issue. The curved design feels nice in my hand and I can hold it between two fingers and mimic the action of smoking a cigarette.

The Vladdin comes in 4 colors (black, gold, silver, multi colors) and has a quite cool teardrop profile. There’s a white LED that lights up when you take a drag (which I like), but there’s no kind of indicator for battery-life. 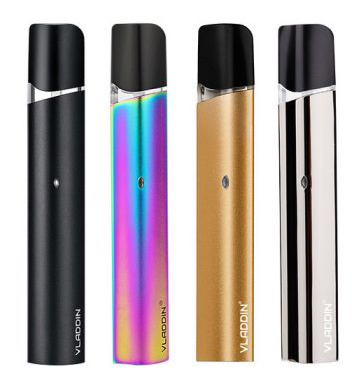 As I said, the Vladdin really is the perfect size. It had enough weight that you’re aware of it, but is obviously in no way cumbersome. It’s about the size and weight of a pen, so if you could carry a pen, you could carry a Vladdin with no problems. The pods barely add anything to the overall size and weight of the device. This is good for carry-ability but less good for holding a lot of liquid. You’ll need to carry spare pods or a liquid bottle. 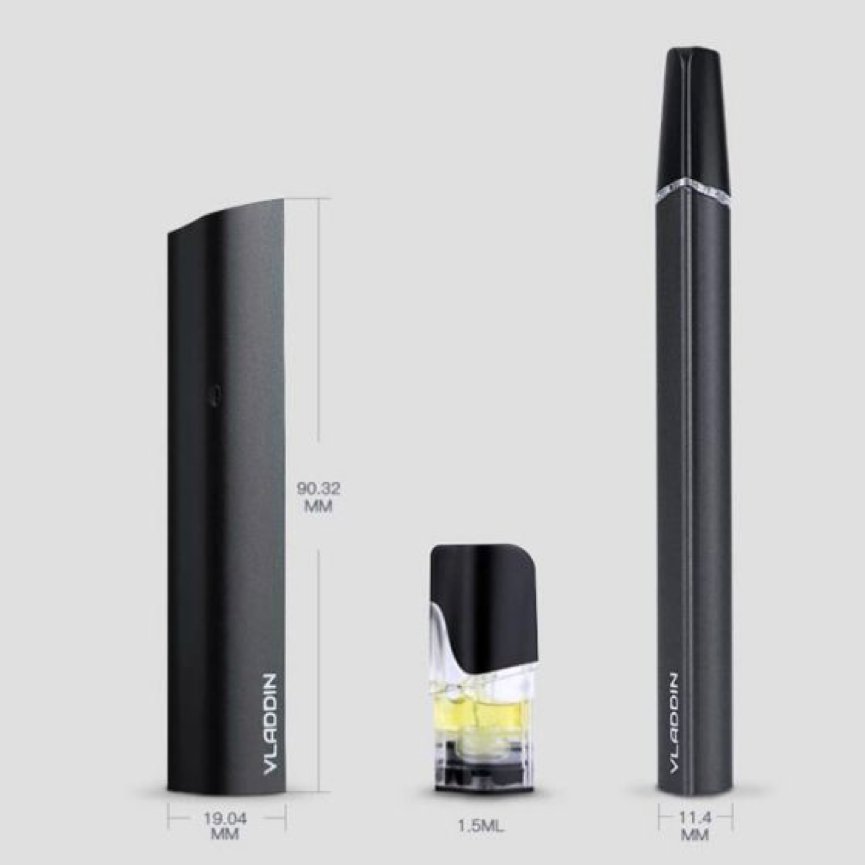 The Vladdin plugs into a USB port via a micro-cable. Its 350mAh batterycharges in around two hours. It has a maximum output of 12W max output and 3.5v output voltage. The battery life is OK. It lasted me a full day, hitting it regularly.

The big issue is that the Vladdin pods leak all the time, and it will result in destroying the battery and breaking the whole device. 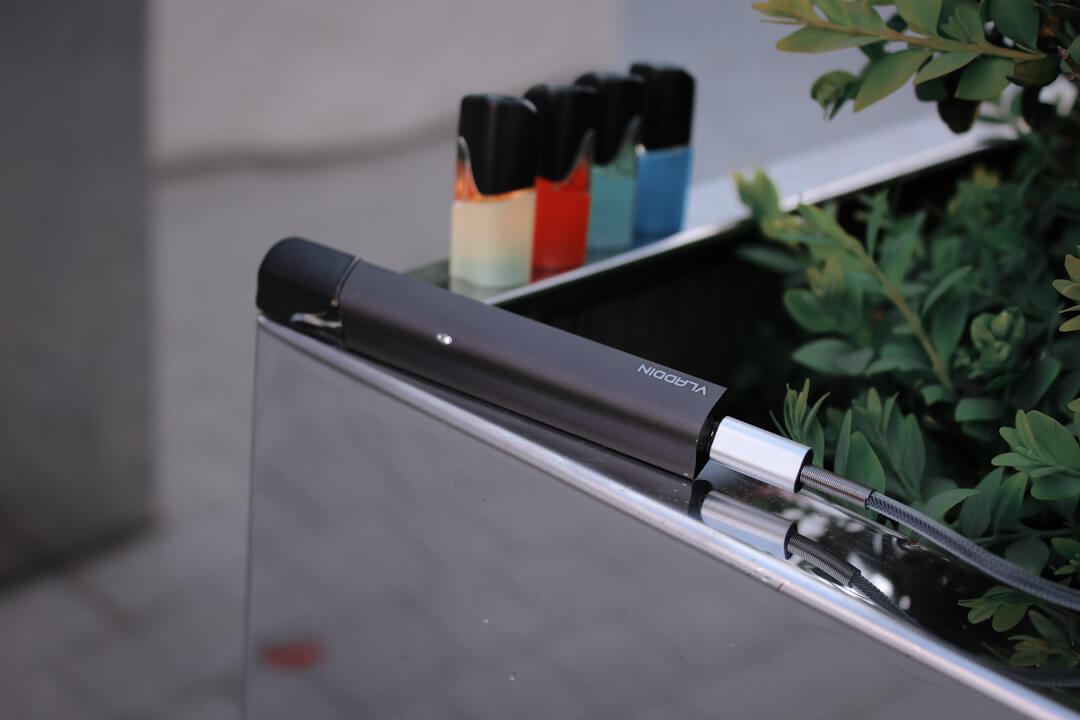 The Vladdin takes 1.5ml pods of nicotine salt liquid (but you can use MTL liquid as well). 1.5ml is fairly big for a pod vape but it burns very quickly. I found myself going through a pod a day, sometimes more. Where I live, that’s more expensive than smoking a pack of cigarettes a day.

Not only do the pods burn quickly, they leak. I found that after one hour from starting using it. I had to start aiming it down when I dragged or my lips and tongue where covered with warm, syrupy liquid. Actually, I changed 2 devices in 2 days, and both broke down and I threw them away. They are a waste of money!

The Vladdin pods all contain a ceramic patented coil with a resistance of 1.2-1.5ohms, which can get pretty hot. This should make the flavor dense and gives it a noticeable throat-hit but probably explains why they burn so quickly.

BUT, in reality, the flavor was not good at all, and it leaks all the time and destroys the battery. 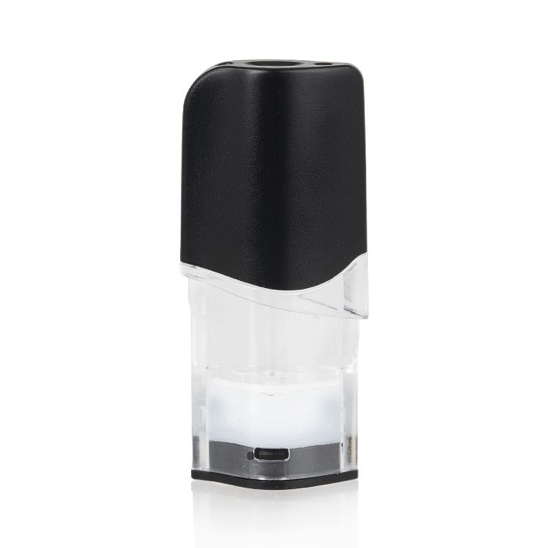 It just has a typical pod ventilation system. A slit on both sides of the pod allows air to travel through. It allows for a fairly similar feeling drag as a cigarette.

It’s a pod system, so it’s incredibly easy to use. Charge it, put in a pod and take a drag. Simple. The only difficulty would come if you were intending to attempt to refill the pods. It’s difficult to get right so I can’t recommend it. At least until I’ve written a guide on how to do it well.

Fine. The device didn’t get too hot. The only problem was the warm liquid filling my mouth.

Very minimal, as expected. I like the white LED that lights when I take a drag. Another problem is that the LEDs does not have a battery indicator.

It is a total waste of money. Expensive for what it is. A lot of pod systems make the device cheap and then sting you on pods. For the Vladdin, both are expensive and will be thrown as the leaking liquids will destroy both the pods and the battery.

Note: This a non-sponsored review, and it is my own personal opinion and experience with the Vladdin Starter Kit.

The Vladdin Starter kit is a real waste of money. I changed 2 devices in 2 days, as both stopped working because of the leaking pods. I like the design and material, and I was very disappointed from it. I like pod devices. I think they’re the best way to replace traditional cigarettes. This is one of the worst I’ve come across, though. Get a JustFog Minifit, or spend more and get a JUUL— which is better— or spend significantly less and get a MyBlu— which is equally shit. 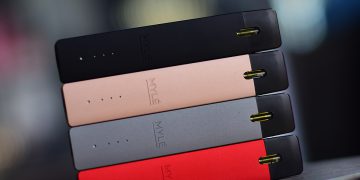