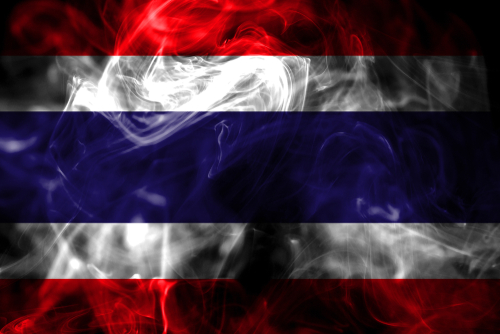 Thailand is one of the other Southeast Asian countries which banned electronic cigarettes before it became too popular in the country. It is not a smaller matter in Thailand, whereby the sales, manufacture, and importation of electronic cigarettes are all completely banned. You could even end up in jail just for being in possession of vaping devices.

The government, however, is currently reviewing the nationwide vape ban thanks to the efforts of vaping groups in Thailand, with the main advocacy group ESCT. This group is a member of the International Network of Nicotine Consumer Organisations, whereby they had repeatedly asked the Thai office of the Ombudsman to reconsider their ban.

The ECST had stated that regulation of vaping products would be more beneficial to all parties including the vapers, smokers, and also the government themselves. Taxes on the product could become a new source of revenue for the government. The tourism industry in Thailand had also taken several painful blows thanks to news spreading about incidents of foreign visitors being detained just for possessing vaping devices. These damaging headlines can be seen in international papers and media outlets. The vape ban in Thailand has even led the UK to produce an official tourist advisory from the U.K government, warning their citizens to be cautious and not bring along their vaping devices when going for a holiday in Thailand.

Marit Karunyawat, a member of ECST, had told Asia Times that the government should be able to impose regulations and guidelines rather than a complete ban. These regulations could include advertisement restrictions and minimum age laws which would help to prevent underage use of vaping products. The pro-vaping group had delivered a petition to the government which was signed by more than 40,000 supporters of the vaping movement. This has prompted the Ministry of Commerce to review the law.

Thailand had imposed this banned since 2014, just when vaping was starting to become popular globally. Since then, the country has earned itself a negative reputation of being one of the harshest anti-vaping countries in the world. Several headlines feature police raids, and arrest of vape vendors have been reported worldwide, including a celebrity who was arrested just for being in possession of a vaporizer. Yes, it has become that ridiculous. Despite the strict laws in Thailand, an English language vaping forum still thrives, with many people discussing the laws and their enforcement. The Thai government controls all sales of cigarettes and generates plenty of revenue from excise taxes, but also with sales from the Tobacco Authority of Thailand. They are the sole monopoly of cigarettes in Thailand, meaning every single packet of legal cigarette has definitely passed through their hands. The cigarette market in Thailand generates billions of dollars annually.

Like all other countries with ridiculous laws on vaping, the only main reason for them to do so is that they are afraid that their main source of revenue will be hurt. Just look at Australia, where a senator has publicly thanked smokers for their generosity in helping the economy.

Vapers worldwide should take action if they are really passionate about the industry, a mass movement will definitely force the government to review the tough laws on vaping.

The Vape Market After 5 Years