By Jason Thing
In Latest News
60
0 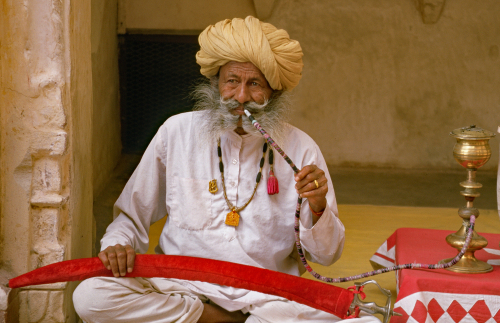 In a sudden and drastic move considered by many to be an uninformed and unfair decision, the Indian government has chosen to ban the use of all electronic cigarettes and vaporizers completely!

The Indian Health Ministry has recently issued an advisory to all of its states to ban the sales of any electronic cigarettes, vaporizers, and other related products which deliver nicotine, except cigarettes of course. The Health Ministry had cited in their advisory that there were possible health-related risks to both children and women who were pregnant. It remains a mystery why cigarettes are still widely available, and people are allowed to smoke them anywhere.

With electronic cigarettes rising so rapidly, many countries are scrambling to control this enterprise, and better-minded countries such as the UK have taken proper steps to study and set up rules and regulations for vaping. Other countries, however, have fallen short and instead of taking the right path, decide just to throw out a blanket ban on vaping.

One of the biggest issues for vaping is due to the different opinions by leading health experts globally. Contradicting opinions arise all the time, and studies tend to conflict with each other. If one is to look deeper, the studies and researchers who are against vaping tend to have shady backings and funding, most possibly by tobacco firms. The UK is one of the only countries to have actually come out with an accurate and un-bias report on vaping.

The governments around the world should not be so quick to judge vaping, and proper studies should be undertaken to see the real benefits of it. Of course, they are worried as generations have been duped about the serious health impacts of smoking cigarettes. At one point, doctors even though smoking cigarettes was good for your health!

As you probably guessed, the vaping ban by the Indian Health Ministry was not well received by many, as many Indians have taken to social media outlets to express their anger and disappointment at their government’s choice. Criminalizing vaping is a regressive step for any country who chose to do so, as they are forfeiting millions of lives every year.

Despite the overwhelming evidence that vaping is more beneficial compared to smoking, some Indian states have already begun their crackdown on vaping, and have begun strict enforcement. It is now illegal to manufacture, sell, import, or distribute any product or liquids relating to vaping.

With a smoking population of almost 106 million people, it is estimated that at least 20 million of them will die due to causes from smoking by the year 2030. Just think about that, 20 million people dying just because they are not allowed to access vaping. It seems quite funny that most countries who banned vaping all use the same reasons of “protecting the youth and general public” from the harms of vaping, and yet conventional cigarettes are still widely available everywhere!!

Even if youths are unable to access electronic cigarettes, who’s to say they will not go for conventional cigarettes? The path of lesser harm is always the best way to go, and this is just another big loss for the vaping industry.