By Jason Thing
In Latest News
72
0 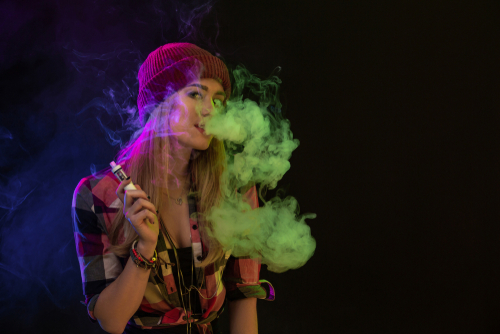 In today’s ever-changing culture, half of the most viewed hip-hop music videos are almost guaranteed to feature some form of drugs, tobacco, and electronic cigarettes. Instead of the traditional drugs, booze, and girls, vaping seems to be on the rise in these music videos funnily.

A new study recently published by Dartmouth College had analyzed 736 of the most streamed hip-hop and R&B videos between the year of 2013 and 2017. This study revealed that in just a short four-year period, the branding of electronic cigarettes rose from 25 percent to almost 88 percent. This means that on-screen depictions of vaping, smoking, and drug use have risen to an all-time high.

The research was divided into different orders of popularity, with some of the most viewed videos totaling between 113 million views and four billion views on YouTube and other popular video streaming sites such as DailyMotion and Vimeo.

Videos in the “most viewed” category happen to see 50 percent of the videos featuring more than one instances of smoking, vaping, and drug use. The total views for all these videos stand at 39.5 billion.

One of the lead researchers, Kristin Knutzen, had stated that they do not conclude if videos which depict smoking and vaping were more popular just because the artists are performing and using these devices on-screen, but these videos did, however, have a higher view on sites such as YouTube. It may simply be because YouTube is a more popular website compared to the other sites.

Vaping’s rise has been well documented in many health areas in the recent years, however, with hip-hop culture making a comeback, it has become one of the most popular platforms for influencing anything from culture to products. Electronic cigarettes may have found its strongest platform for awareness, however, is this a good thing?

Several popular hip-hop and R&B artists have become some of the leading ambassadors for some vaping products and firms. Many of these artists have also entered the vaping enterprise themselves, and use their own music videos as platforms for promotions. Some examples could be seen whereby DJ Khaled promotes his own “KandyPen” in his music videos, while SnoopDog has his own line of vaporizers and dry-herb devices. American rapper A$AP Rocky has also partnered with KandyPen and is promoting his own brand through his songs and videos.

There have been growing concern over the influence which these depictions have on underage viewers, seeing as most mature adults are not one to watch music videos often. Future regulation in order to properly address this is necessary, as we do not want to vape to again be demonized for this reason. It is true that many teens and minors are the ones who are watching all these popular music videos, and may just as well be the one exposed and influenced to take up vaping or drug use at a young age.