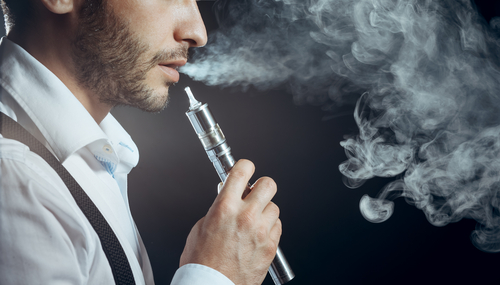 We have all heard of asthma and knew that people with asthma have breathing problems. Believe it or not, there are millions and millions of people worldwide who suffer from asthma yet still smoke cigarettes despite the damaging effects it has. In normal situations, a non-smoker with asthma will face a slow decline in their breathing functions. However; when they have asthma and still smoke, the progression of this disease will accelerate much quicker.

For many decades, the medical professionals have always believed that the damage done to lung tissues are irreparable. Recently, new research in the vaping field and tobacco-free therapies are giving asthma patients new found hope. This research has been peer-reviewed, titled “Persisting Long-Term Benefits of Smoking Abstinence and Reduction in Asthmatic Smokers Who Switched to Electronic Cigarettes”. It has been published in the medical journal of “Discovery Medicine”.

For 24 months or 2 years, scientists from the University of Catania based in Italy had followed the progression of 18 asthmatics who were all ex-smokers. A leader in vaping-related science, Dr. Polosa and his team had helped the participants transition to vaping and measured the effects it had on their respiratory markers.

The Italian research team had conduct evaluations and observational studies on a 6-month interval basis. At each of these intervals, the participants were also requested to complete a questionnaire which documented any related progression and digression and overall health. For example, some of the questions included the progress or improvements in wheezing, coughing, breathing difficulties, and such.

Another way which the researchers used to help improve the quality of the study was to provide all participants with the exact same vaping device and liquid. Those who had failed to make a complete change from smoking to vaping were not immediately rejected from the trial. The Polosa-led team had instead further tracked their progress and used it as comparative data.

From the whole vaping-only group, every single participant reported a significant increase in their respiratory functions within weeks of the trial. This only intensified as the trial progress into the 2-year period. Not surprisingly, 2 users who dual-used during the trial had experienced a slower progress compared to the group who only vaped.

In order to properly provide a complete research to prove the benefits of vaping, a larger control group would have to be used, and a stronger method of recording the progression of participants.

In conclusion, this study actually confirms that vaping has a beneficial effect on smokers in the long term. A positive increase in respiratory functions can be seen after a long-term period of vaping and not smoking. A possible reversal of harm method may have been discovered. However, a drawback of this study is the small size of the control group. Despite the results being in favor of vaping, a small control group could not be used as a conclusive research. It does, however, provide us with concrete evidence that vaping does indeed improve lung functions over time.

In the end, the ultimate solution would be for users to quit both smoking and vaping entirely to avoid having any negative side effects.