By Jason Thing
In Latest News
93
0 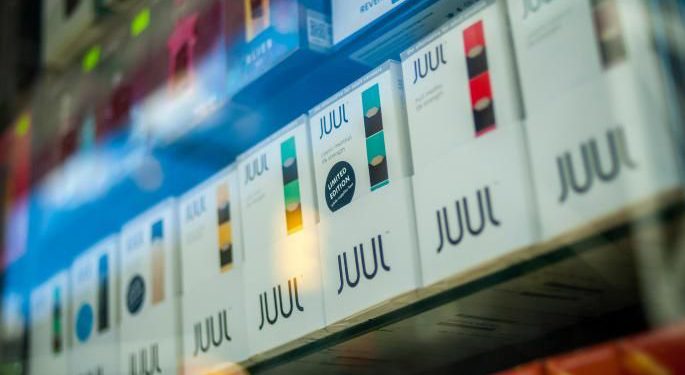 Just recently, the FDA had seized close to a thousand pages of documents in a surprise inspection/raid in the headquarters of electronic cigarette maker Juul Labs. This signifies the latest intensifying crackdown on the vaping industry.

On Tuesday, the FDA had stated that the inspection is of Juul’s headquarters is part of their efforts to seek documentation in relation to Juul’s marketing and sales tactics. Juul, a vape pod which looks strikingly similar to a USB drive, has rocketed to popularity, especially among teenagers and school students. The sweet flavours that it comes in make it appealing to minors and underage teens. Vape defenders, however, states that these flavours are crucial in helping smokers transition to electronic cigarettes.

One of the main reasons the crackdowns intensified on Juul was due to reports showing that their sales had grown more than seven times in less than 12 months. In terms of numbers, it was 2.2 million devices sold in 2016, up to 16.2 million sold in 2017. Several misinformed critics have stated that tobacco companies are deliberately creating these flavoured nicotine liquids to addict children.

The commissioner for the FDA, Scott Gottlieb, had stated that vaping amongst teenagers is becoming an epidemic. He then launched a barrage of enforcement actions against many retailers who sold vaping devices and liquids to minors. Gottlieb had also demanded companies to submit plans to help curb underage vaping, including Juul. Unless these steps can promise a reduction or reversal of teenagers vaping, the agency would consider measures which would see a temporary or permanent ban on flavoured liquids.

Just last week, the FDA had released a statement stating that the data which they have obtained reveals plainly that electronic cigarettes are contributing a disturbing rise of nicotine use among teenagers. We as vapers know that underage usage of electronic cigarettes is a big problem, and we need to come up with ways to help reduce it as well. Many teenagers feel that it is cool to vape, as it is similar to smoking yet much easier to access.

Those who are familiar with the situation shows a 75% increase in youth usage of electronic cigarettes in 2018. Regular nicotine intake amongst youths will result in many developmental problems later on in their life. This is because nicotine is a form of poison, similar to alcohol, and frequent usage will be harmful on the bodies. Helping smokers to quit traditional cigarettes is the main goal of vaping. However, we must ensure that this goal does not get lost and end up creating a new form of addiction amongst teens.