By Jason Thing
In Latest News
77
0 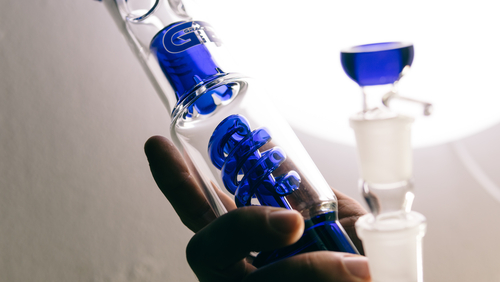 When vaping first came into action, they did not just disrupt the tobacco industry. Several other industries have been shaken by the rise of vaping as well. With the rise of vaporizing devices, traditional glassmakers are unsure of what lies for them in the future. Previously, their businesses had flourished thanks to the rise of bongs, which had been around for many years. Now, however, many marijuana users are in fact using vaporizing devices thanks to its convenience, portability, and ease of use.

An increase in the legislation which governs the use of marijuana and limitations of its consumption to vaporizers poses a threat to glassmakers. Many of these glassmakers used to enjoy good business thanks to the production of glass pipes and bongs. They, however, have reported that profits are starting to dwindle bit by bit due to the rise of vaporizers. They believe that it is only a matter of time before their business would cease to exist. Their service will no longer be a rare commodity and may even become obsolete in the years to come.

An example could be seen from one company called Chameleon Glass. A report dated on the 24th of May 2018, states that due to the widespread legislation on the legalization of marijuana, the outlook for glassmakers is becoming more and more volatile. The market is becoming more crowded than before, and the price competition has fuelled outsourcing. The explosion of vaporizers has stolen a sizeable market share from glassmakers.

While everyone was preoccupied with the legalization of marijuana, vaping devices had silently penetrated the market and gained a huge popularity amongst cannabis users and not just smokers. Cannabis users finally had an inconspicuous manner of consuming cannabis. These new vaporizers were tiny and portable, allowing users to bring them around.

Vaporizers also provide a better hit compared to the traditional bong pipe, as vaporizers can provide a more stable, smooth, and comfortable hit. This can be seen in a report from 2017 whereby Kush Bottles’ revenues from the sales of vape-related products were about $900,000. By this time in 2018, their reported revenues from vaping products were about $10 million dollars, more than a tenfold jump.

Of course, many traditionalists and old-school users still feel that an old-fashioned pipe or bong is still the best way to go, and this may be the only opportunity to keep the glass smoke art alive. The only way for glassmakers to continue being relevant would be to keep up and adapt to the changing times. One of the ways that they could do so is by reaching out to suppliers and manufacturers of vaping atomizers and possibly work with them.