By Jason Thing
In Latest News
70
0 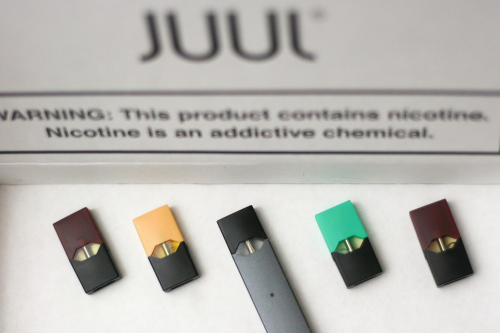 Just in recently, JUUL labs has made an official complaint with the U.S International Trade Commission on 18 other manufacturers which are using the pod designs. JUUL claims that these other companies have violated their patents and plagiarised the designs of the JUUL pods.

Sterne Kessler, a Washington D.C firm, prepared the complaint on behalf of JUUL labs, had requested that the agency immediately prohibits all importation, distribution, marketing, and selling of those products.

JUUL also announced that this complaint is part of an action by JUUL to defend and uphold the company’s intellectual property from copycats. They also state that it is an important part in combating underage use of nicotine-delivering products.

The complaint from JUUL alleges that up to 15 different companies and entities had developed and marketed products based on JUUL’s patent technology. These companies were based in China, U.S, and France.

The company has named many different respondents in the complaint who is responsible for the creation of devices and pods. JUUL states that this is because these companies want to snatch some of the markets whereby JUUL grew so quickly that it controls almost 75% of the vaping market in the U.S. You may have heard some of these companies listed in the complaint, such as Xfire Pods, Pulse Starter Kits, and Myle Starters.

In the UK, one of JUUL’s subsidiary had also filed a similar complaint against one of the alleged patent violators, and the French made Bo Pod system.

JUUL’s chief legal officer had stated that intellectual property laws are important and help to protect innovation and consumers. He said that they welcome any form of legitimate competition but will use the law to clamp down on any illegal counterfeits and copycats. JUUL believes that such products will present a risk to consumers in terms of quality and underage access. Well, the quality aspect may be true, but do you really believe that JUUL cares about underage access seeing as many of their customers are underage teenagers as well.

JUUL had also released statements saying that these other manufacturers may pose the risk of attracting underage users due to their flavour profiles. This is seemingly awkward, as JUUL’s own mango and mint flavours are top hits amongst teenagers.

Despite JUUL saying that removing all flavours from their products is “on the table”, this is unlikely as the company is grappling with an enforcement order from the FDA to produce plans to restrict youth usage of their products. JUUL will have to come up with something viable soon. This is because we as vapers know that a flavour ban is equal to a death sentence for a vape manufacturer because the amount of people who uses tobacco flavoured liquids is minuscule. Not only that but if vapers are only presented with tobacco flavoured liquids, safe to say most would transition back to smoking again.