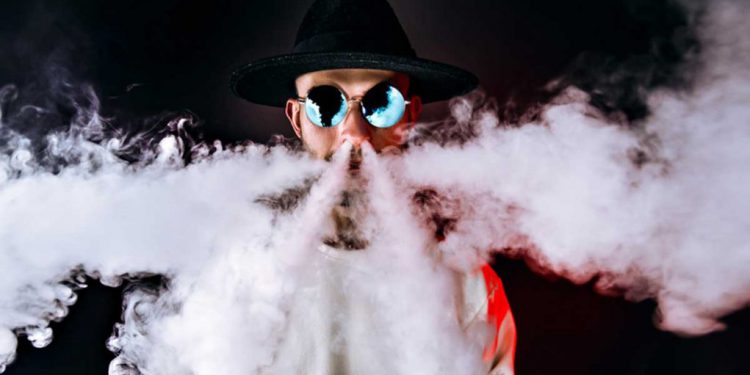 As expected, the Tobacco giants did not welcome the invention, development, and growth of vaping for apparent reasons. Vaping has become popular globally, and it is posing a significant threat to the Tobacco industry, which has established itself for generations without competition.

Scientists have proven that vaping has numerous health benefits than tobacco smoking. Studies conducted by various research organizations, unanimously, agree that vaping reduces the risks of developing smoke related chest complications by at least 95%. This means that smokers can now ingest their nicotine dose, without harming their lungs. Doctors have suggested that vaping provides an alternative way to quit smoking, and many lives can be saved if smokers can adopt this new technique.

What better way to control the growth of an enterprise than running it yourself? The tobacco giants have in recent past invested a lot in the vaping industry. However, the investment does not aim at growing the industry, but to control its growth. These tobacco companies call shots on important decisions and policies on the vape industry ensuring that it does not progress. And one of the most important examples, is the famous Juul Pod System, which has strong ties to Philipe Morris, and which introduced, for the first time in the vaping industry, what is called “Salt Nicotine”. Salt Nicotine was introduced to affect the vaping industry, with its harmful and addictive effects, and we will cover this important topic, in details, in another article.

Some scientists have developed conclusions that e-cigarettes are not as safe as earlier assumed and pose a health threat to users. These scientists are going to the untold extent to prove that e-cigs not only prevents the production of carbon products when vaping but they also release toxic chemicals which are taken in by the users. Tobacco giants are funding these researches in an effort to limit the popularity of vaping; a tactic which is working against the vape industry.

Tobacco giants have the policymakers wrapped around their fingers. In California, United States, Reynolds American, and Atria tobacco companies parted with more than $1.2 million in efforts to persuade lobbyists from passing the California bill on e-cigarettes. The bill suggested that e-cigs could be sold anywhere just like cigarettes. In the Middle East and many Arabic countries, the tobacco industry managed to convince the government to ban vaping altogether. This would ensure a continuous flow of revenue for the popular tobacco industry.

Tobacco industries have opted to the production of ‘clean’ and ‘safe’ cigarettes. The companies claim to be producing cigarettes with reduced amounts of nicotine as well as carbon emitted. This is supposed to lower the effects of smoke on the lungs.

Uncovering Faults in The Vaping Industry

As a way of discouraging the growth of the vaping industry, tobacco firms bad mouth the industry.  A case example is a report that vaping discreetness encouraged undetected abuse of drugs by minors. This report got overwhelming support from parents and the governments. In the United States, the government, through Food Drug Administration (FDA), banned all e-cigarettes sales stating that it violated the drug regulations. This was a big win for the tobacco companies.

In an effort to reduce smoke-related deaths, many Japanese companies, as well as Philipe Morris developed Tobacco e-cigarettes. E-cigarettes that are only compatible with Tobacco are produced under the campaign, ‘Heat not Burn.’ This might appear as a win-win solution for both vape and tobacco industries, but most importantly, it is going to benefit the mass.

Although the tobacco giants keep flexing their well-developed muscles, the amateur vape industry persists against challenges such as stiff regulations and competitions. There is no doubt that, vaping will be the ultimate way to consume nicotine.

Why You Should Quit Smoking And Start Vaping