Can Vaping Cause Popcorn Lungs?

On of the vaping myths

By Bassim Soomro
In All About Vaping
219
0 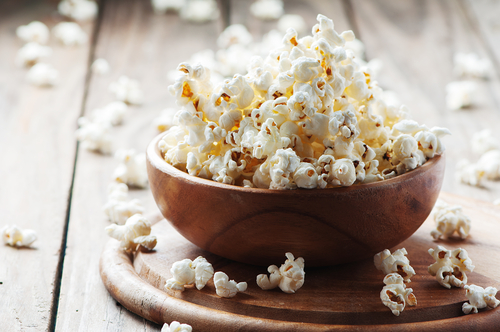 What is Popcorn Lung?

It is a very popular Anti-Vaping topic, and many people around the world don’t know the ground reality about this ever so infamous popcorn Lung. Many people, who do not support vaping, claim that one of the ingredients used in making the E-juice namely “Di-Acetyl” can develop popcorn lungs. And”Popcorn lung” is the nickname for a disease called “Bronchiolitis Obliterans”. Media publishes a lot of stories that E-Cigarettes can cause permanent lung damage.

Public Health England claims that vaping is 95% less harmful than smoking tobacco cigarettes. Di-Acetyl is a synthetic chemical that is used in processed/packaged food to produce a smooth and creamy flavor which many of the processed popcorn manufacturers are still using. Although not all E-Juices contain Di-Acetyl, there are many other ingredients used in the making of E-juice as well which are MTS, Maltose, Koolada. Some provide smooth buttery exhale and some provide the mint or cooling effect to the E-juice.

As Doctors in England have said that the only way to diagnose a Popcorn Lung is by doing a Surgical lung biopsy. A study made by scientists revealed that there can be numerous causes to developing popcorn lungs, people who haven’t vaped ever has also been found with the disease. Another study claims that until 2017 and mid-2018 no vaper has been found with popcorn Lungs.

It has only been a decade since the evolution of vaping but the tobacco smoking has been here for over 100s of years. Since all these anti-vaping myths are coming directly from the manufacturer of tobacco cigarettes, it is safe to say that E-Cig are a threat to business of tobacco companies and nothing is linked with e-juice that cause popcorn lungs. Keep on Vaping.

And to read more about another vaping myths, you can go to: Top 20 Vaping Myths.